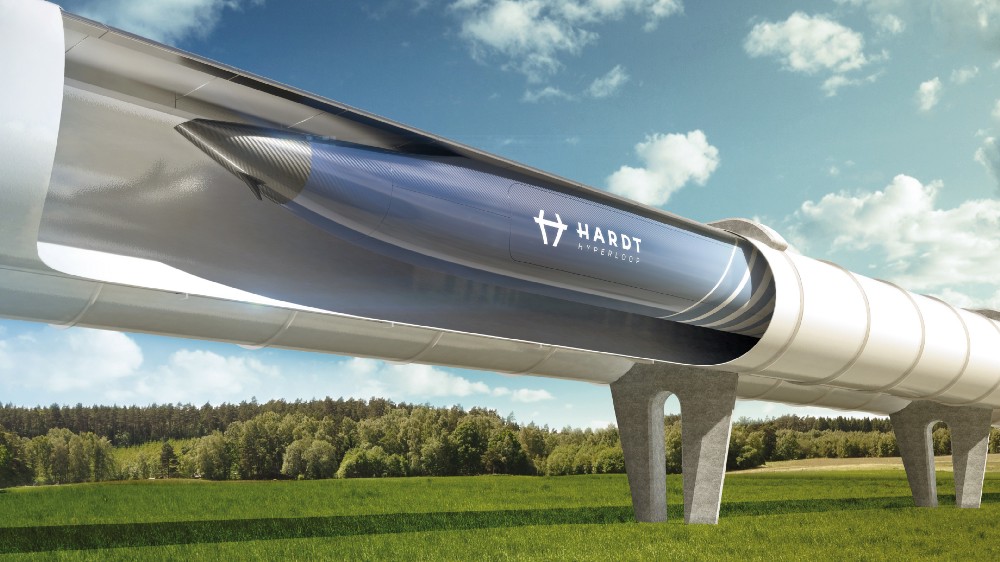 A plan has been proposed of constructing a Hyperloop transportation system from Paris till Amsterdam.

A Hyperloop is a proposed mode of passenger and freight transportation, first used to describe an open-source vactrain design released by a joint team from Tesla and SpaceX. Hyperloop is a sealed tube or system of tubes with low air pressure through which a pod may travel substantially free of air resistance or friction. The Hyperloop could convey people or objects at airline or hypersonic speeds while being very energy efficient.This would drastically reduce travel times versus trains as well as planes over distances of under approximately 1,500 kilometres (930 miles).

Earlier this month, Dutch start up Hardt Hyperloop announced the results of a study carried out in collaboration with the province of North Holland which examined the experimental travel idea.

It would be a connecting Amsterdam Metropolitan Area to other European hubs, the study suggested, would improve business travel and “strengthen the economic value of the province.”

The research says Hyperloop could ferry 200,000 passengers per hour, per direction. Travelers could reach Paris in 90 minutes — less than half the time it currently takes by train, and roughly the same time as a direct flight. Amsterdam to Brussels would take less than an hour via Hyperloop. Thats fast and relaiable.

It can be also considered as a replacement of air polluting flights. There are doubts about whether the pods will be suitable for all ages and and how easy and safe it would be in a emergency situation. Plus, big money needs to be invested to get it off the ground and governments need to be on side.

The state government in India in 2019 gave green signal to develop a Hyperloop line between the cities of Mumbai and Pune for Virgin Hyperloop One and Dubai-based supply chain firm, DP World.

It would take minimum 10 years probably in 2030 for any of the Hyperloop competitors will reach certification.